The Shanks - Artwork and Flyers

Following on from the recent Fatima Mansions post about old ticket stubs, I've found some flyers for three different gigs by The Shanks.

The Shanks were originally from Newmarket but based in Cork from the early 90s. After Tim Murphy - the original lead singer - left the band, singing duties were shared by guitarist Stan O'Sullivan and bassist Mick Hayes, the line up was completed by Niall Lynch on drums. Most of the band lived for years at "Idaville" a house around the corner from the Art College on Sharman Crawford Street and many a great night was spent there with the lads.

The band's first official release was a 7'' flexi released on their own Shanksalot label in 1994. This was followed in 1995 by the band's debut album - The Prawn Lawn. 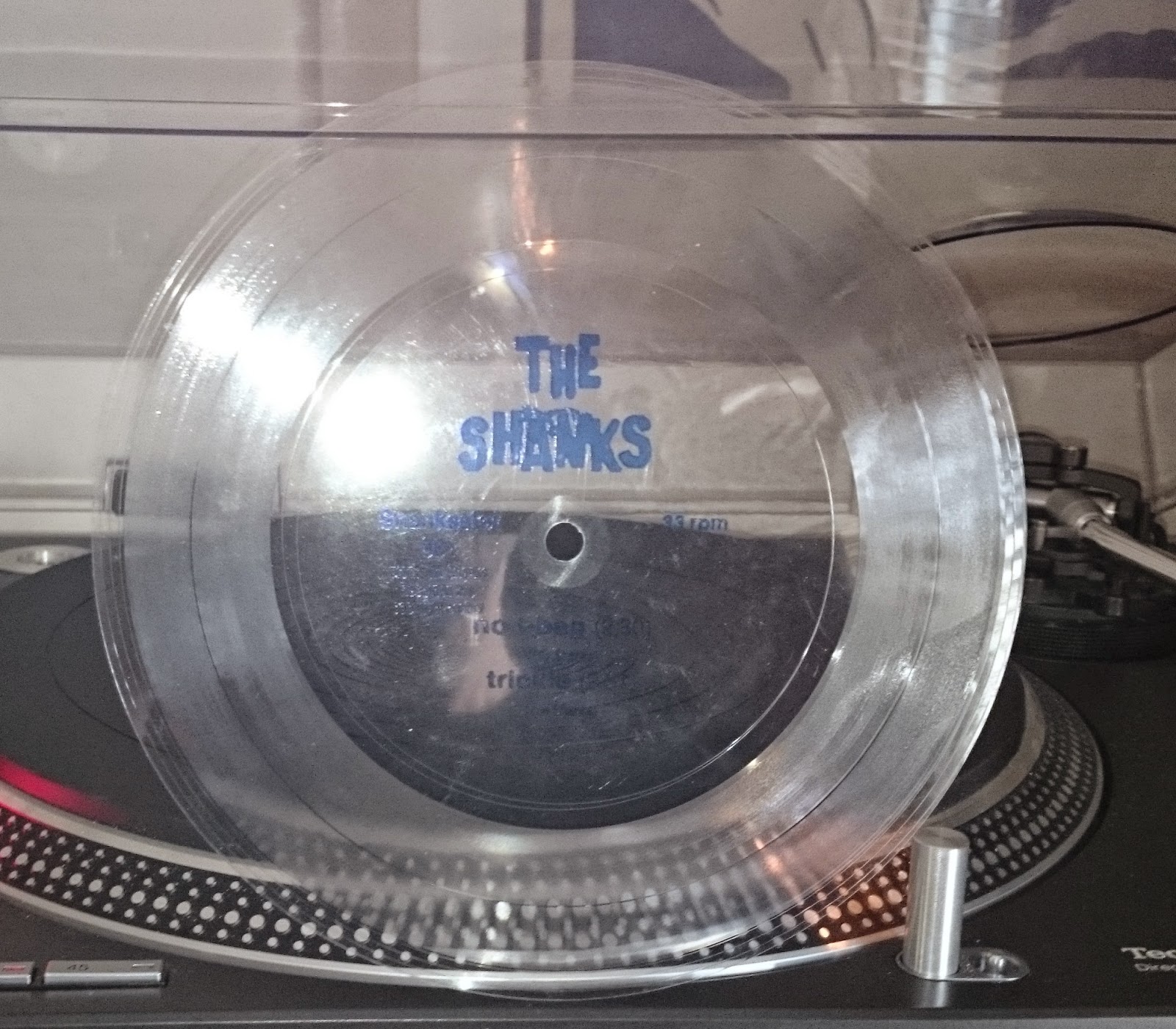 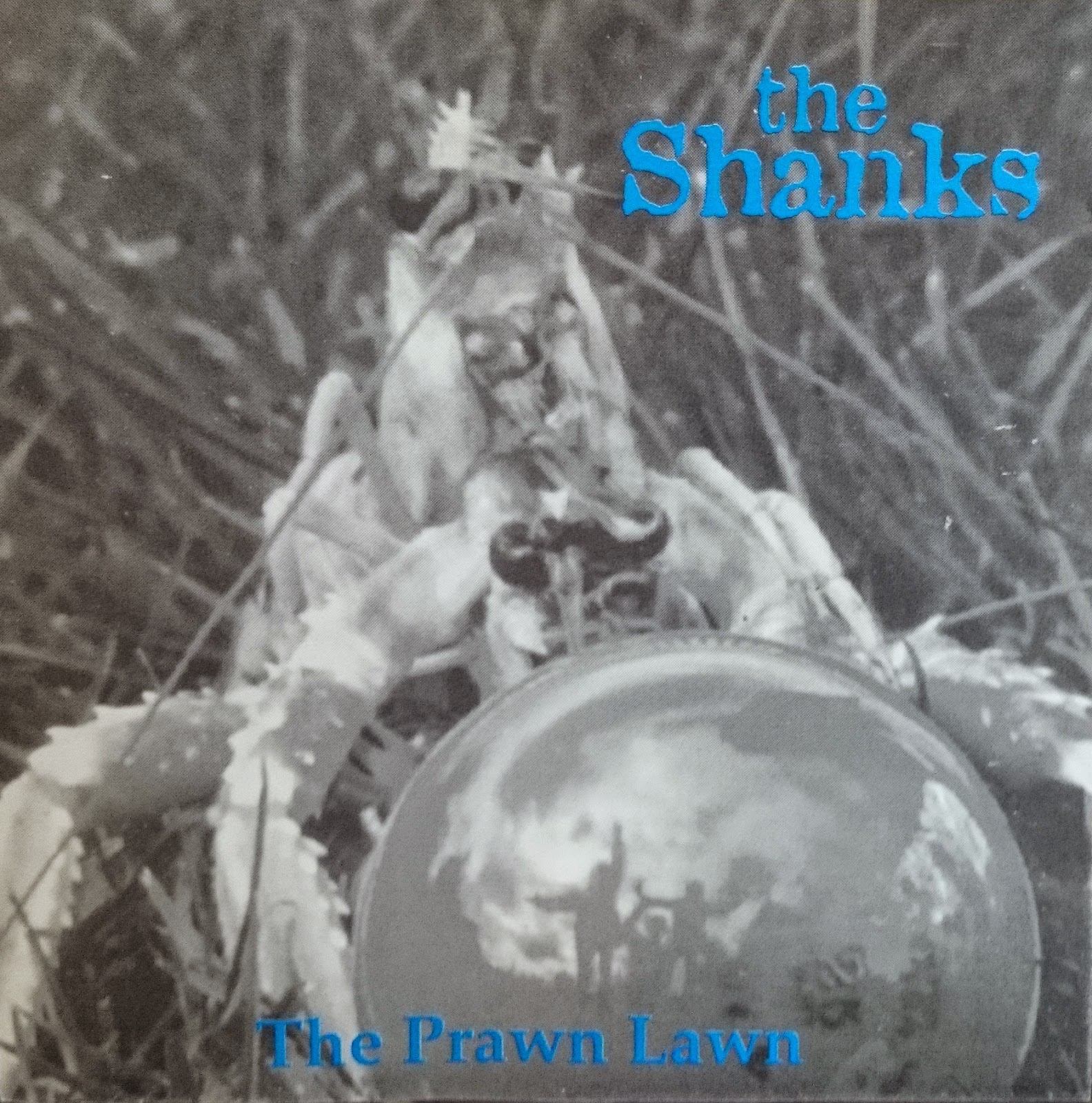 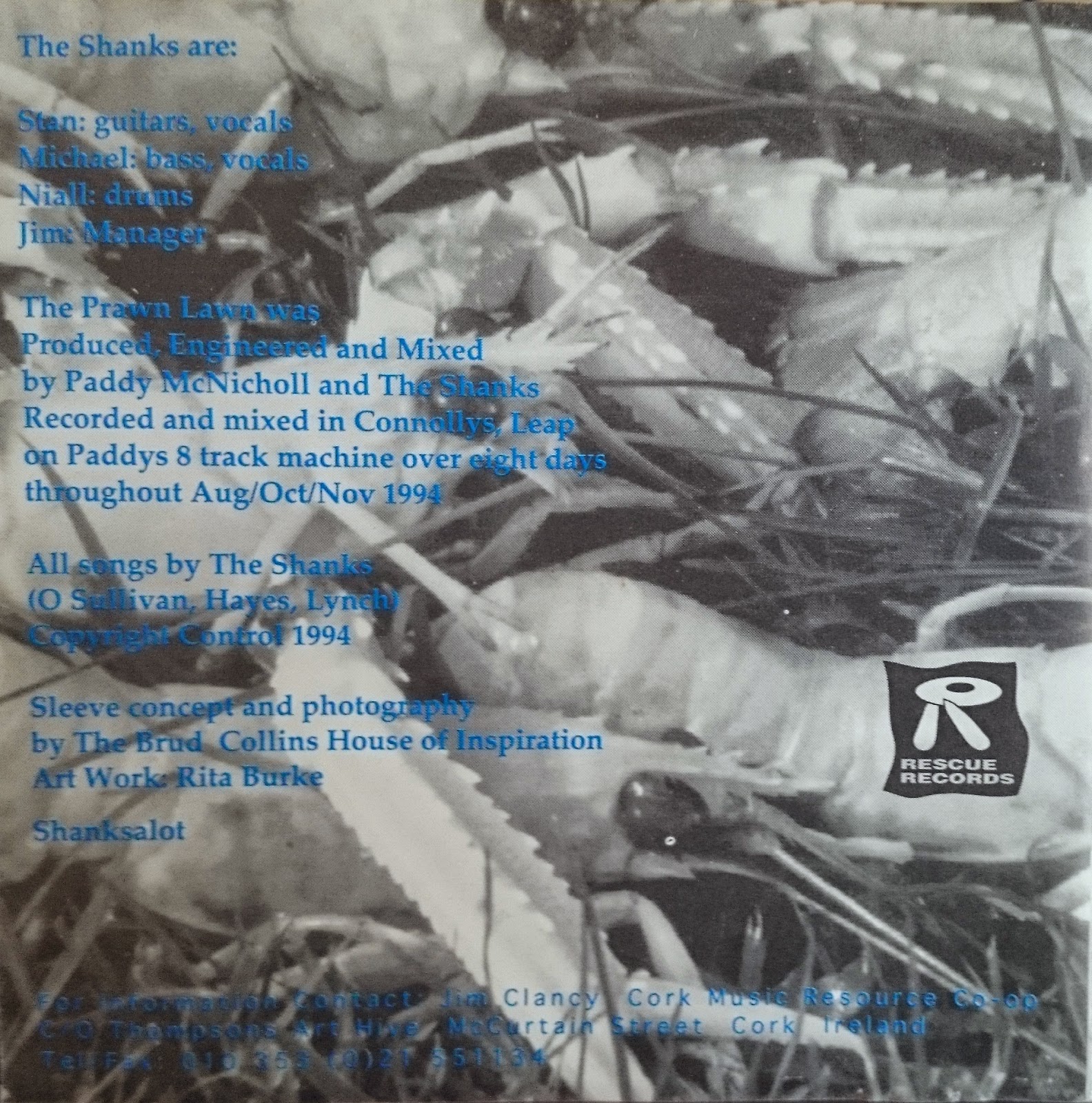 The Shanks were always an incredible live act and easily one of the best bands in Ireland in the early to mid 90s. I had the pleasure of travelling with the band on an Irish tour supporting The Sultans of Ping in December 1994. On our journey from Cork to Belfast for a gig at the Limelight, we  collected The Prawn Lawn CDs from the pressing plant in West Dublin - I can clearly remeber all of us being incredibly excited to see the finished product. On that tour every gig they played was fantastic, they were just totally at the top of their game. 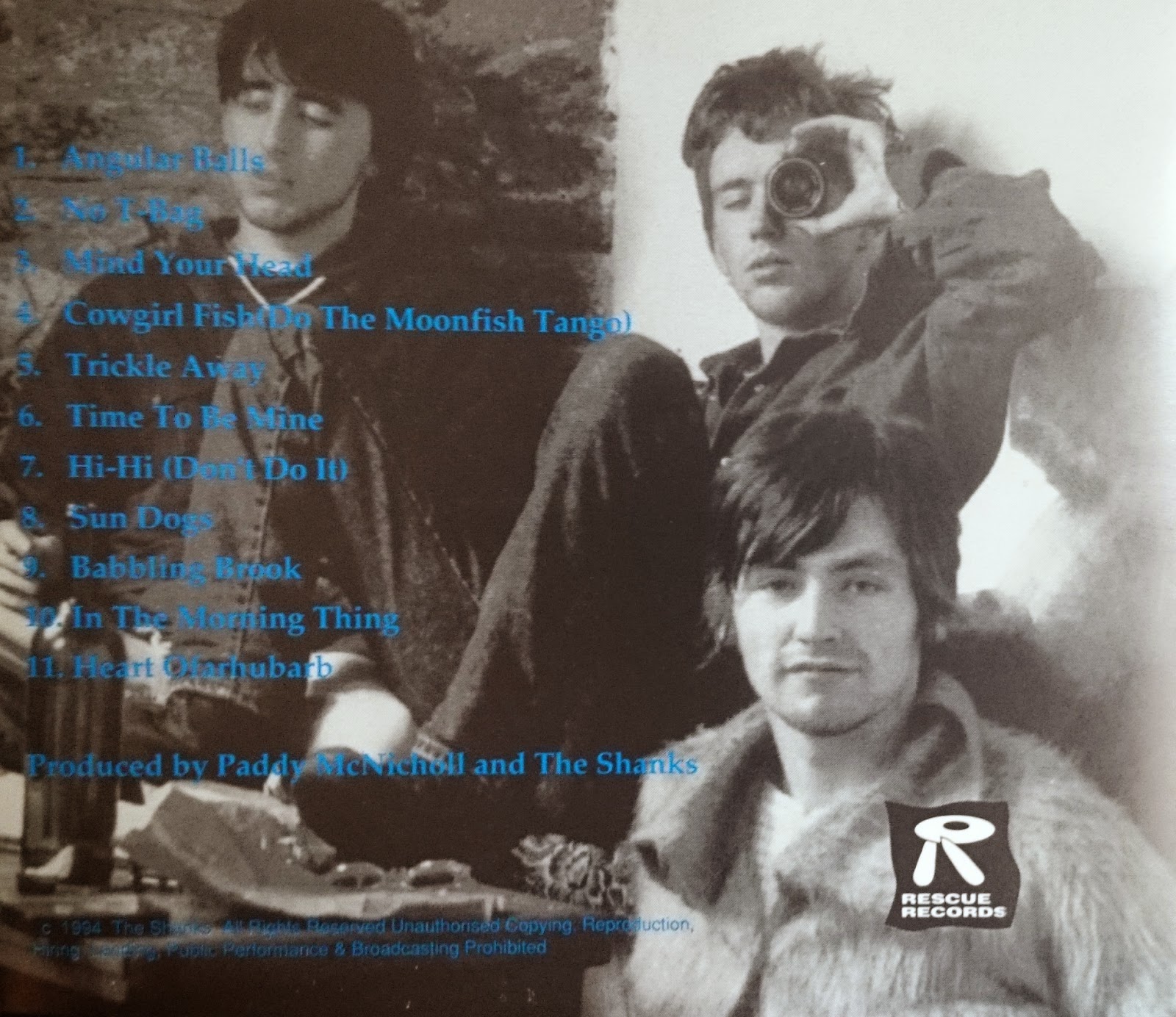 Niall, Mick and Stan of The Shanks

Two cassette EPs followed The Prawn Lawn and then after adding keyboards to the mix they released their second album Brang in 1999. Brang received great reviews including this memorable line from the NME: "Like their predecessors on the Cork pop scene, Microdisney and even The Frank And Walters, The Shanks somehow sound far removed from the prevailing winds of their pop contemporaries. At its most peculiar... The Shanks are like Gastr Del Sol with a Chieftains fixation, but even in their more lucid moments...they're still fairly deranged."

The Shanks played their last gig upstairs in Fred Zepplins in Cork in late '99 or early 2000. They went out on a high playing to a packed room of fans and friends - it was a great night. The flyers below are from a few Cork gigs in the mid 90s. Both venues: DeBurcas and The Lobby are long gone also. 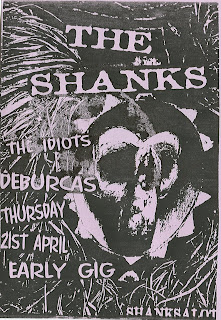 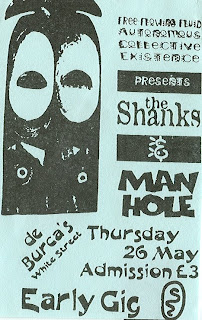 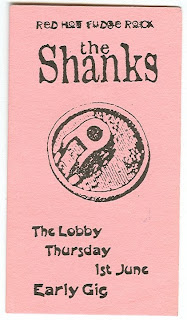 The great Fanning Sessions blog has a session by the band here. Below you'll find, In the Morning Thing, the standout track from The Prawn Lawn and Trickle, below it again, is taken from Brang.

Posted by learnandsing at 3:58 pm

Email ThisBlogThis!Share to TwitterShare to FacebookShare to Pinterest
Labels: The Shanks

Songs To Learn And Sing

On this blog I post playlists, old interviews from the show and various bits of gig memorabilia.